About the Reef Coral Arks Project

The concept for Coral Reef Arks began in Forest Rohwer’s lab at San Diego State University with the goal of developing an innovative and scalable new way to address the coral reef crisis.

Doctoral student Jason Baer began to test the Arks concept by building miniature Ark models and deploying them in the coral mesocosm system he maintains at SDSU. Arks, as midwater structures, can be weighed to determine if the corals residing on them are growing (i.e., getting heavier). Using a simple underwater weighing system built from kitchen scales, Jason was able to weigh miniature Arks that housed corals in the aquarium over time and successfully document changes in the weight of the simple coral communities. These results prompted him to design a submersible strain gauge system with LCMSystems that would allow him to measure changes in weight on a full-sized Ark and determine whether the community living on it is calcifying. This, among several other tests performed in the coral mesocosm system, laid crucial framework for the development of the Arks concept.

Jason worked with career engineer Mark Hatay to design and build the first Ark prototype (affectionately called the "MArk," after its lead designer). The structure takes the shape of a viral capsid, called an icosahedron, which is known for its incredible strength and durability, and is a hallmark of the virology research the Rohwer lab specializes in. 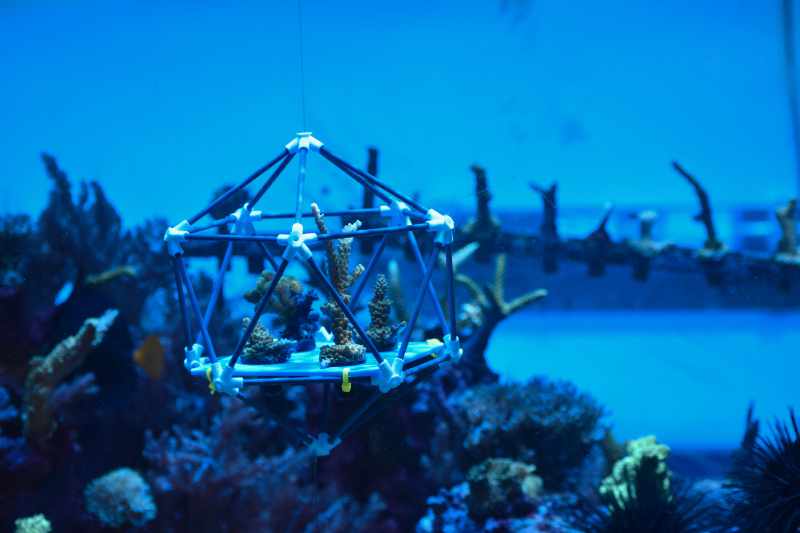 The Arks were designed to be assembled and disassembled in the field, allowing them to be easily transported and deployed anywhere in the world. Jason began by assembling the Ark at Scripps Institution of Oceanography in San Diego, where he used the crane on Scripps Pier to lift the Ark and lower it into the water. By adding several hundred pounds of weight to the Ark via sandbags, Jason was able to test the strength of the structure and the strain gauge system that will be used to measure calcification of the Ark community. 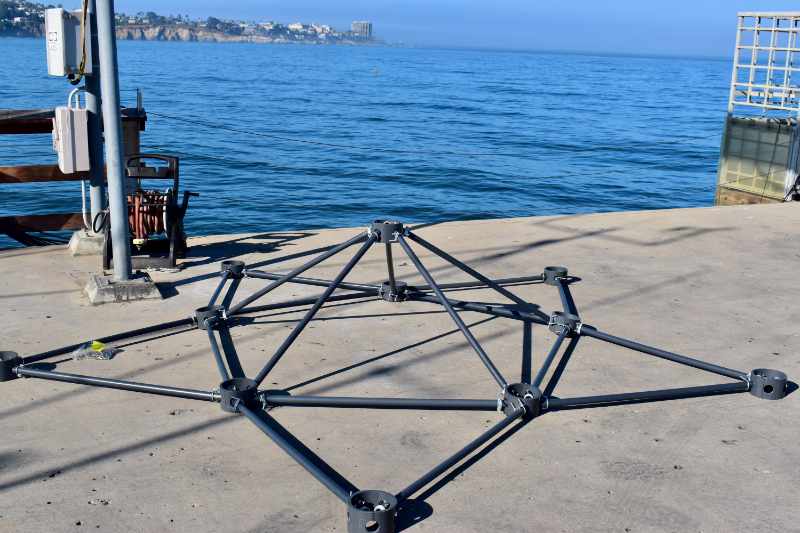 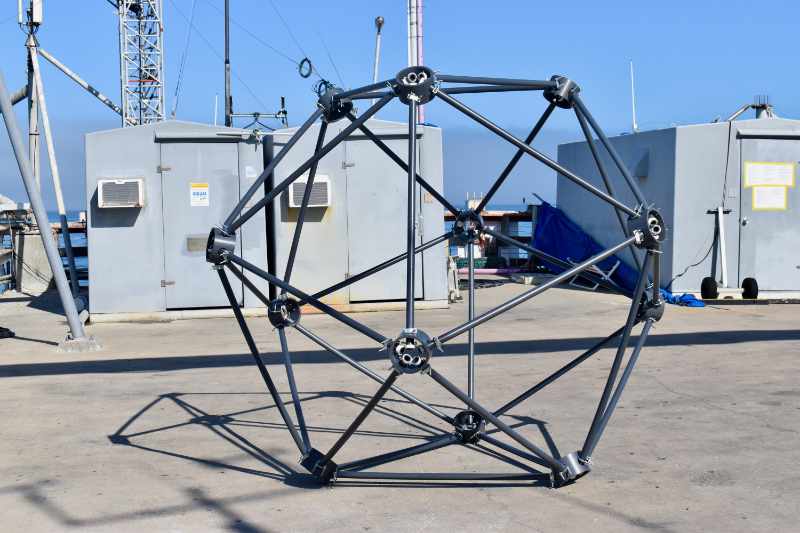 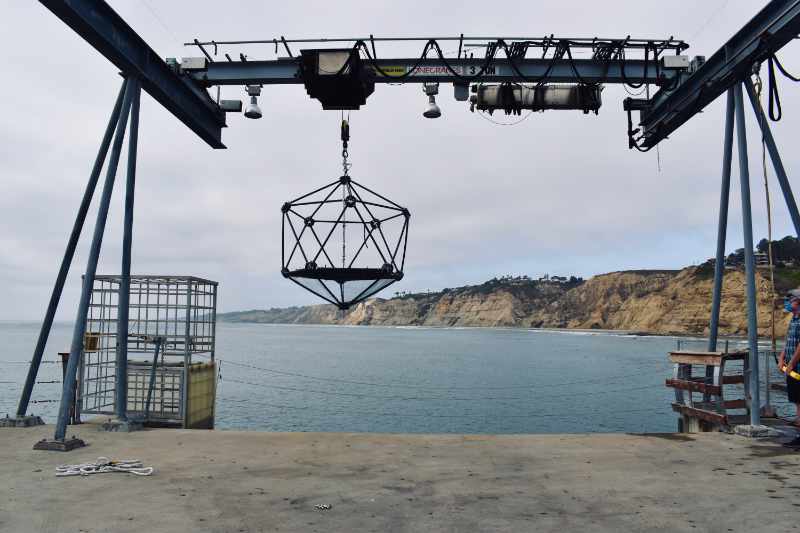 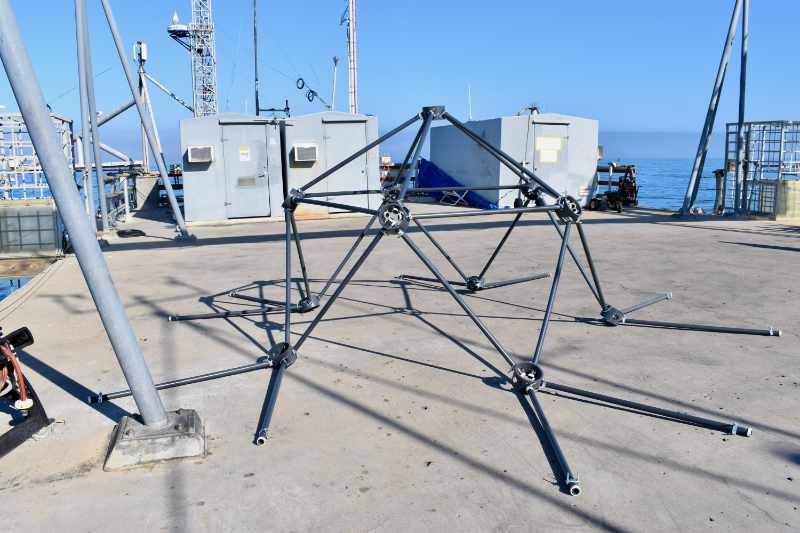 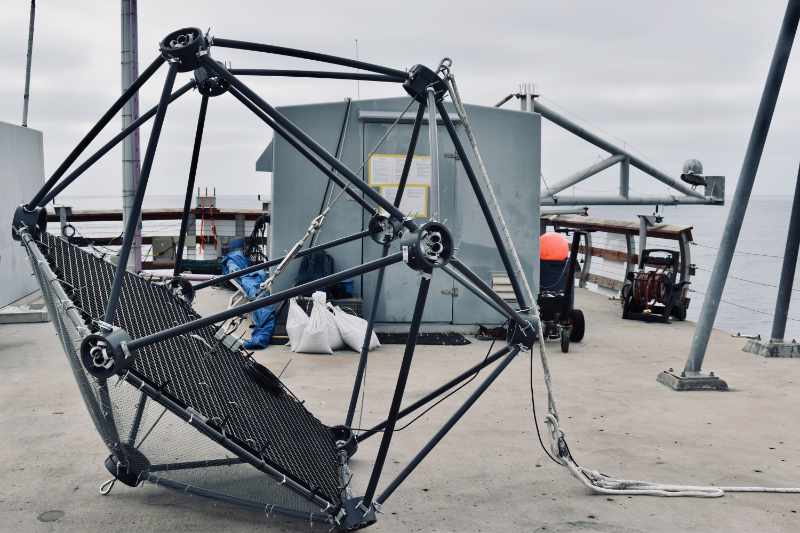 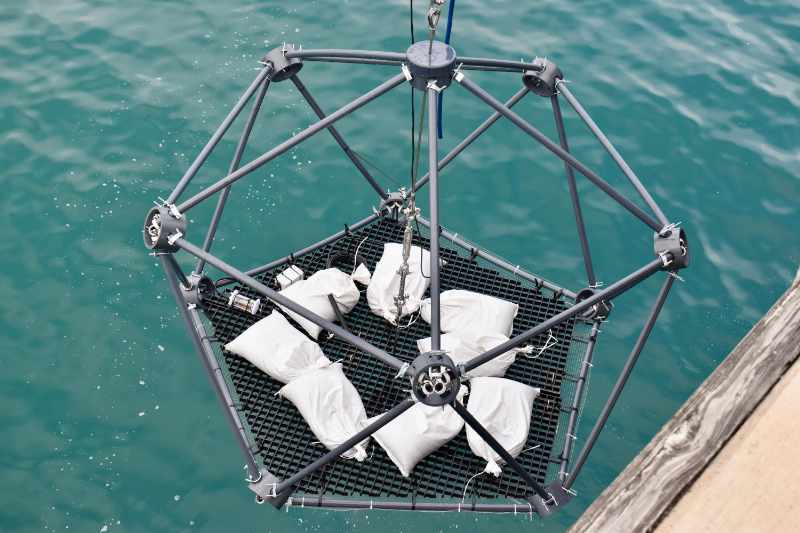 Next, with the help of SDSU dive safety officer Mike Anghera and lab members Mark Little and Anneke van der Geer, Jason anchored the Ark prototype offshore of San Diego for long-term submersion. Although San Diego does not have tropical coral reefs, the colder waters are rich with life, and the violent Pacific Ocean offered a perfect opportunity to test the durability of the Arks system while deployed. Further, offshore testing enabled forward momentum on all other Arks projects while CoVID-19 travel restrictions prevented the installation of Arks on coral reefs. 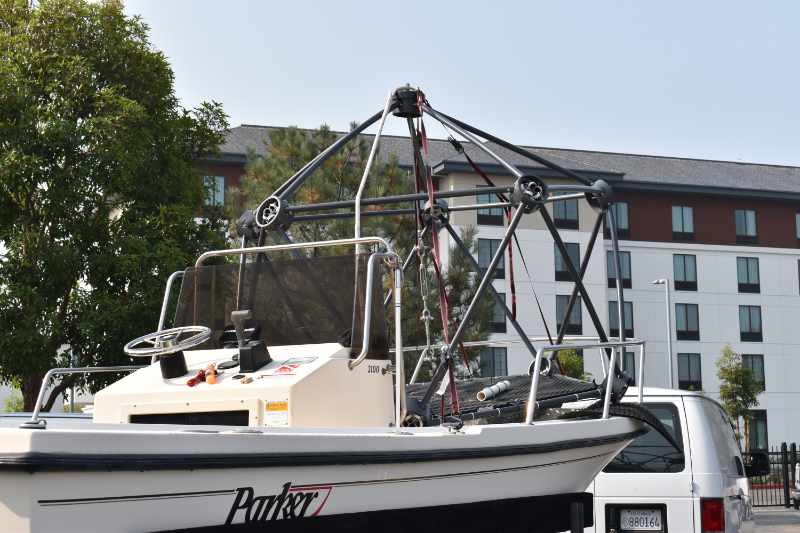 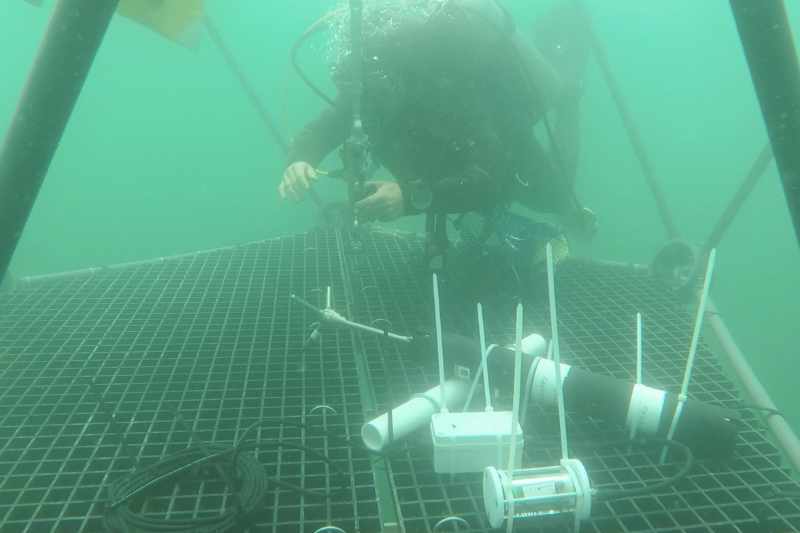 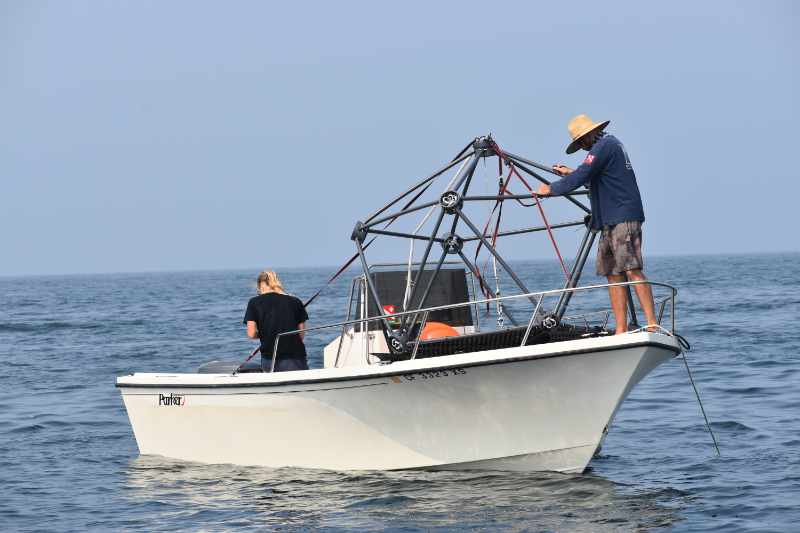 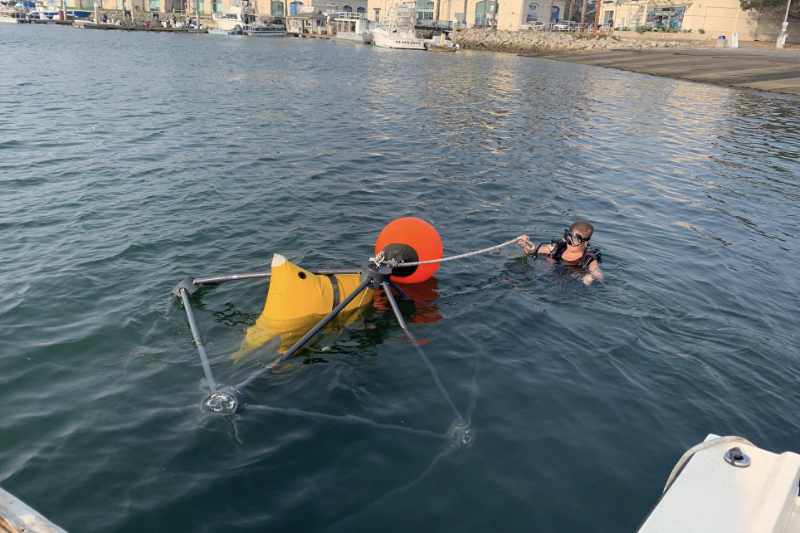 In a few short weeks, the Ark was completely colonized by a diverse biological community. Encrusting bryozoans and wispy hydroids covered the PVC and fiberglass structure, grazed by nudibranchs and decorator crabs. Urchins munched on strands of macroalgae that became caught while drifting by, juvenile kelp bass hid in the shadows under the platform, and sea lions were seen swimming happily through the open sides of the structure. The Ark, entirely on its own, recruited a community of organisms that accurately represented the surrounding environment, despite being separated from the seafloor. 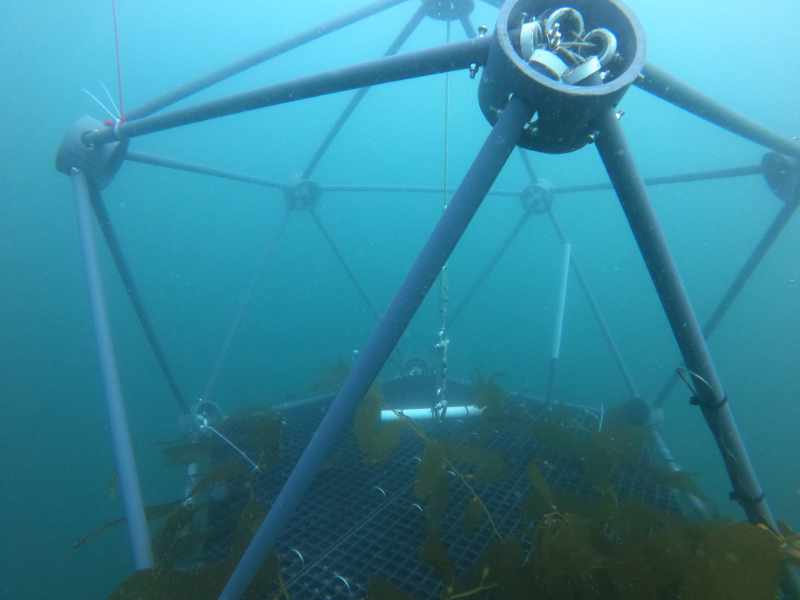 Jason is now focusing his testing on the hydrodynamics: how the Ark interacts with ocean currents, how much force it is subjected to during storms, and how to best design anchoring and buoyancy systems that can keep them midwater up in the water column, but securely anchored to the seafloor. One major finding is that a turbulent flow environment is created on the inside of the Ark structure as water passes through. This turbulence slows down flow in the Ark interior, which Jason believes will be important to enable crucial reef processes, like nutrient recycling and the retention of food resources, to support coral growth. These results suggest that the Ark structure is providing the same services as a reef, such as the habitat for organisms to hide and the architectural complexity to slow down flow, while providing improved light, nutrients, and oxygen by being moved up into the water column and away from the seafloor. Regarding habitat, Jason also built urchin “condos” with local artist Ben Darby, to provide a shelter for urchins to live within the Ark. On coral reefs, urchins diligently graze down the algae that would otherwise overtake and kill corals; so finding a way to retain urchins on Arks is a high priority. 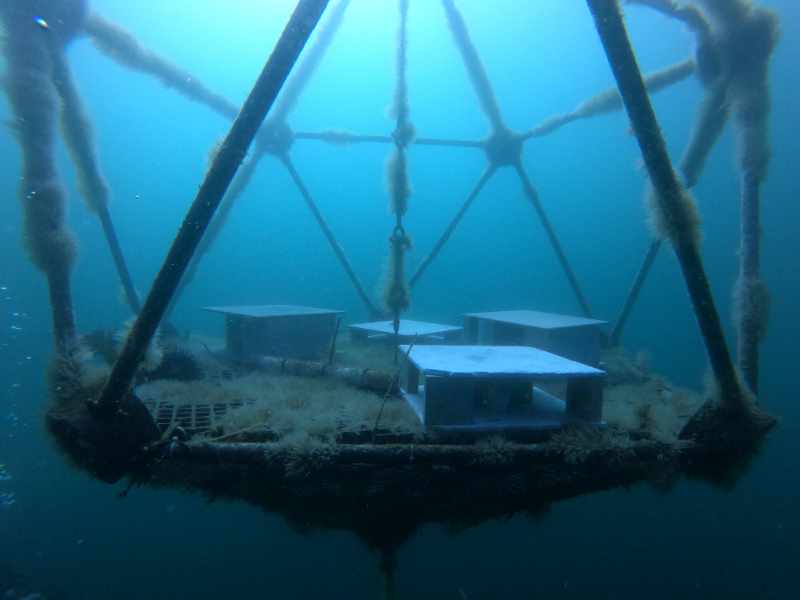 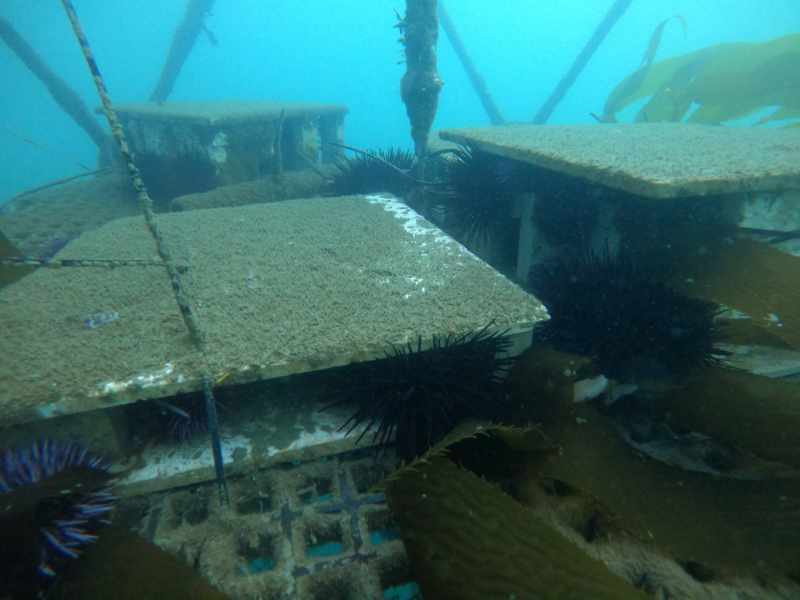 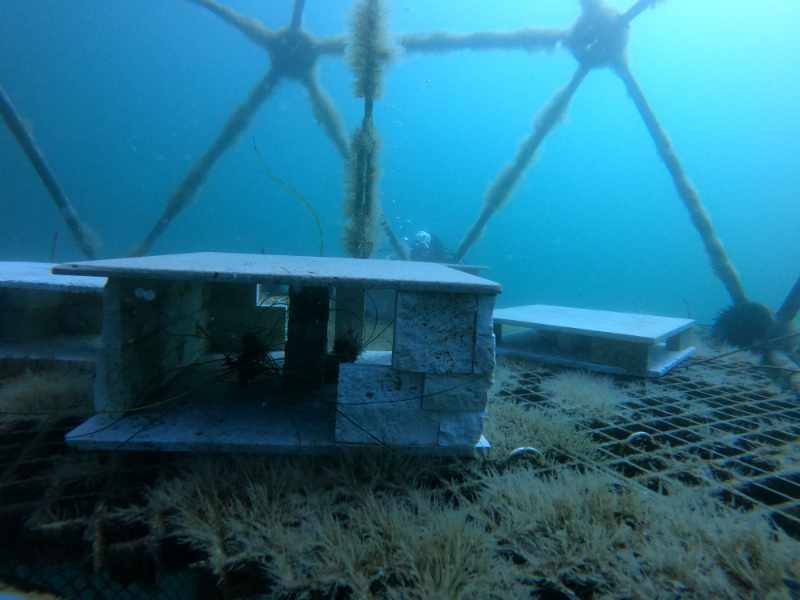 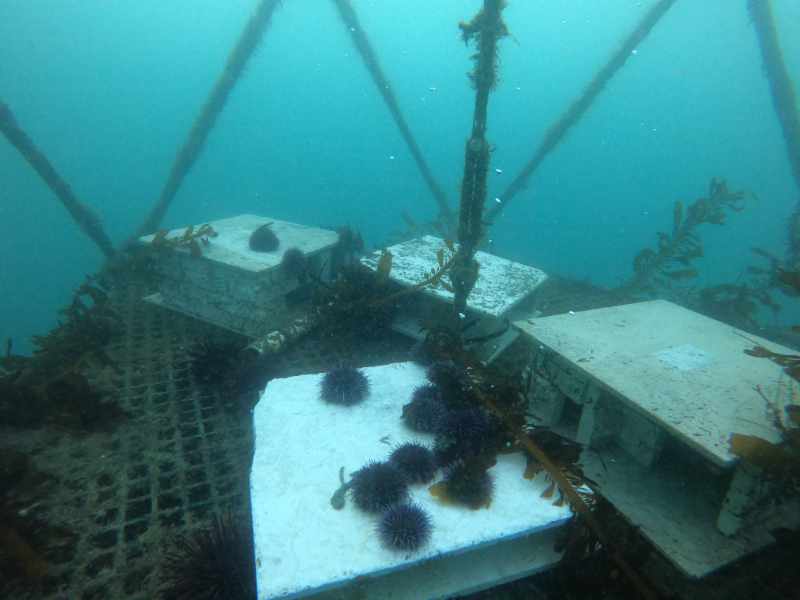 Over the next months, Jason will continue to use the San Diego Ark to test how the biology living on Arks influences and is influenced by the environment around it. When it is safe to travel, Jason will meet with team members on the Caribbean island of Curaçao to deploy several Arks. The goal of the Curacao Arks project will extend past building a miniature reef environment and address whether Arks communities can be used to restore degraded reefs in the surrounding area.